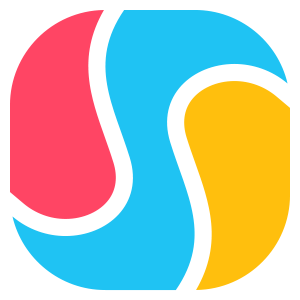 The only book fair in Asia Pacific fully dedicated to books and other contents for children, CCBF took place from 2 to 4 December at West Bund Art Centre, covering a total surface of 10,800 square metres. The Fair showcased 30,000 recent children's titles, among which 10,000 are overseas publications hailing from 17 different countries and territories. There were 70 online and offline professional programmes and readers' events held concurrently with the exhibition at more than 20 locations around major cities in China, including schools, bookstores, libraries, art museums, etc. CCBF has brought a total of 11,394 visitors to its fairgrounds, while online events streamed on local platforms gathered a total of 6,000,000 views all across the country. 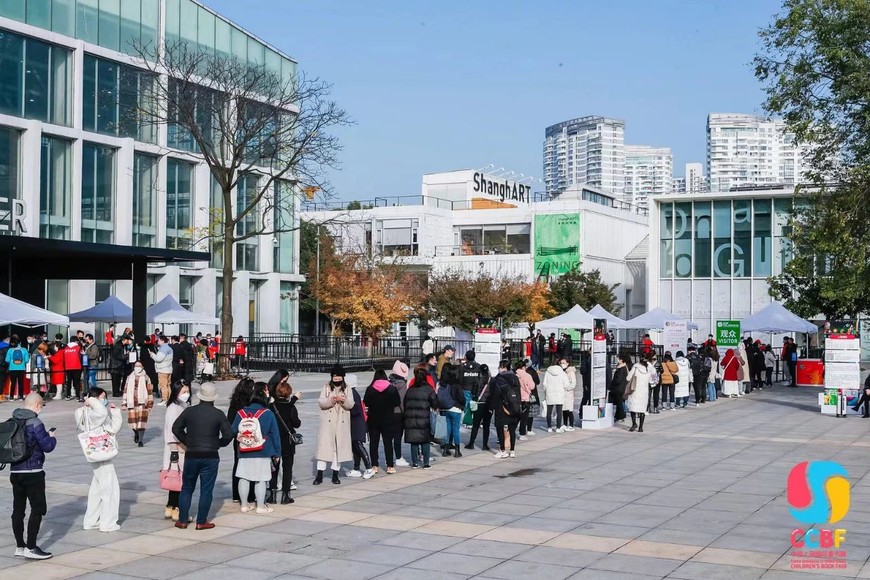 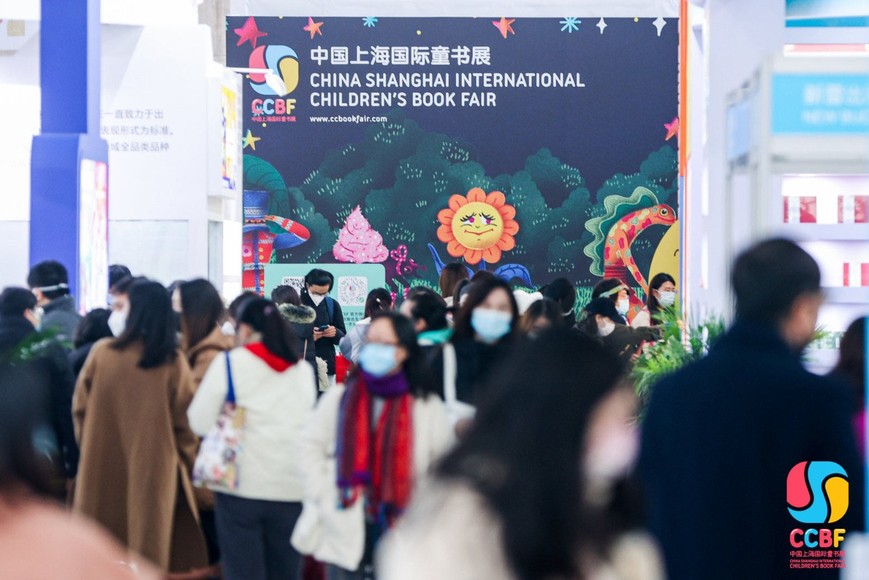 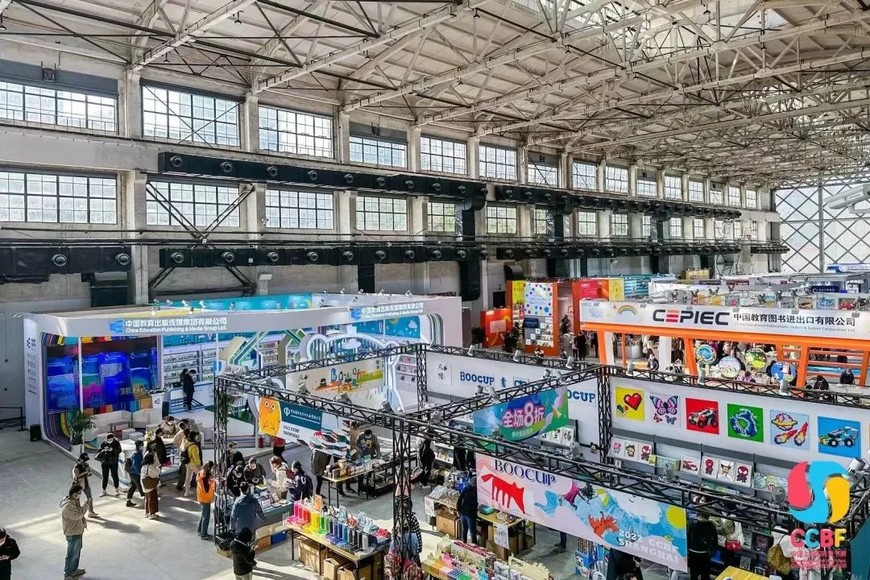 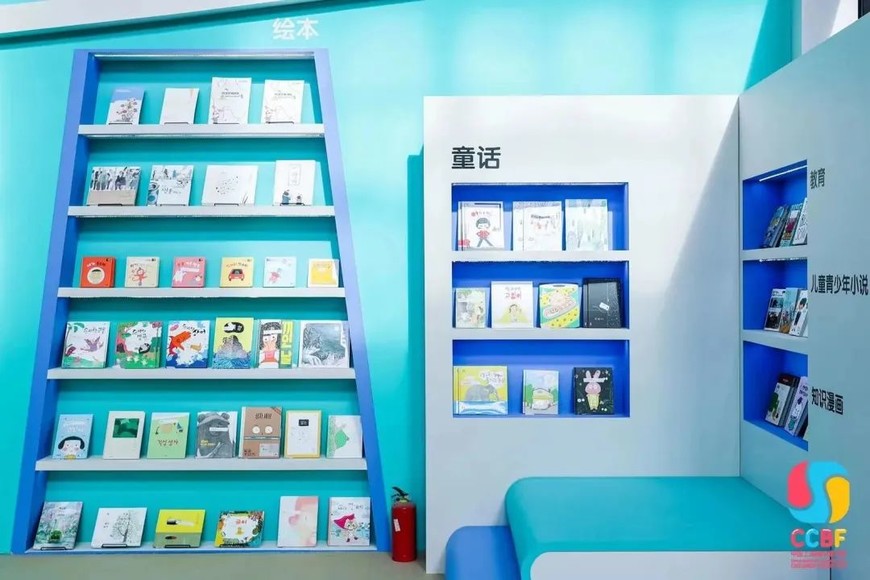 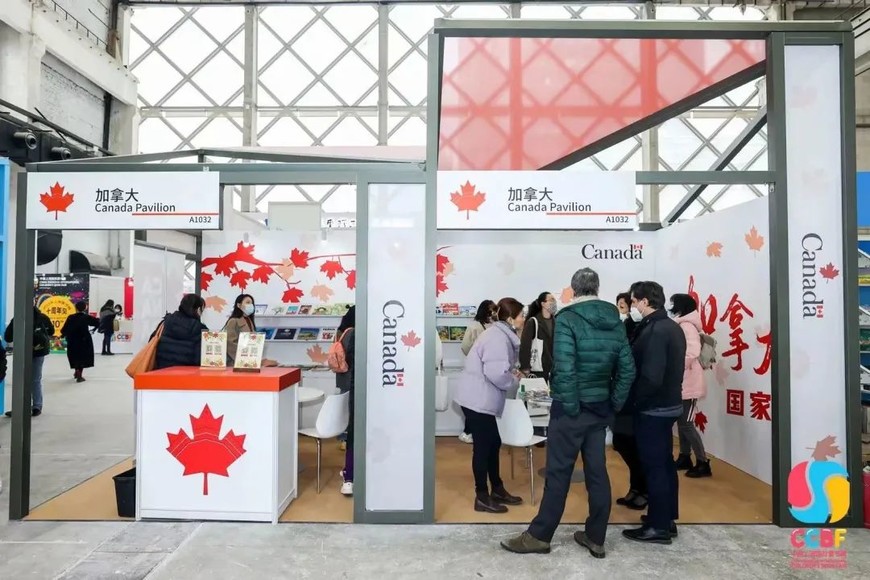 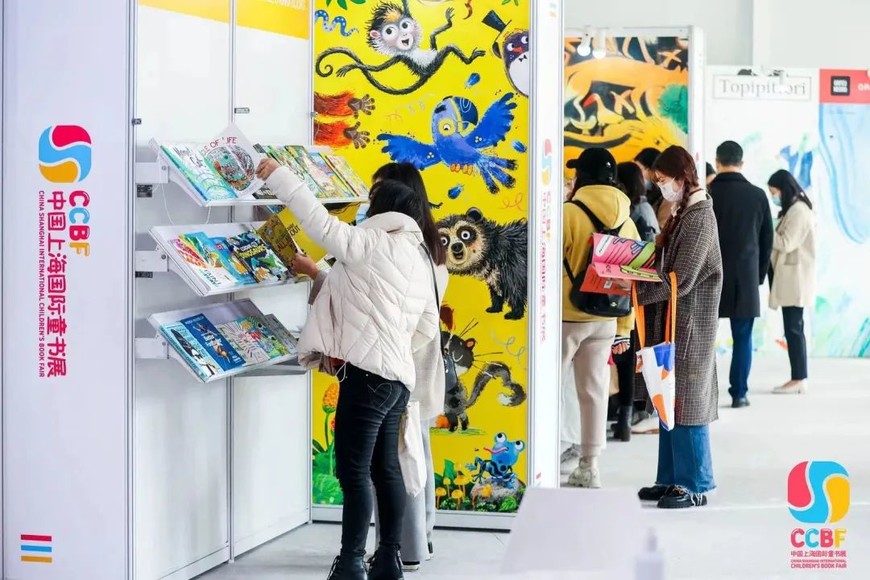 Giuliano Martini, Deputy Trade Commissioner of Italian Trade Agency Shanghai Office said: “China represents a very important market for the Italian book industry. In particular, the segment related to books for children is very productive in Italy, with many valuables companies and can have important outlets in the Chinese market. Even if the pandemic created some difficulties to the opportunities for the match between Italian books companies and Chinese companies, we believe that events like CCBF can help to boost the business connections and recreate important links in the rights exchange between the 2 markets.” Ms. Ying Beihua, Head of Marketing of Oxford University Press, said, "Thanks to CCBF for its efforts in epidemic prevention and control. Therefore, the fair could be held as scheduled in a safe and orderly organization to provide support and platform for communication and cooperation between the publishing industry. Various types of online and selection activities held at the same time provided exhibitors with different levels of product display and presentation, and also provided diversified understanding of products and their own needs to support the public." 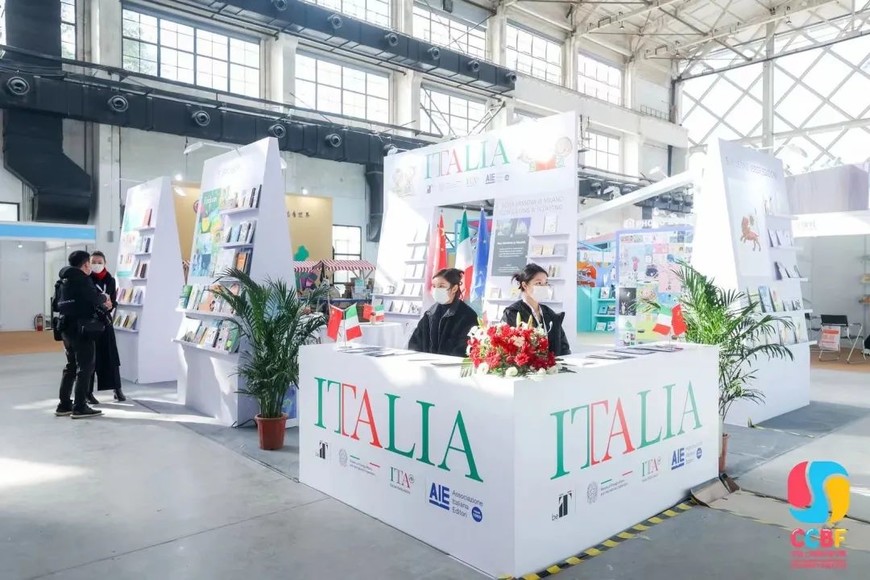 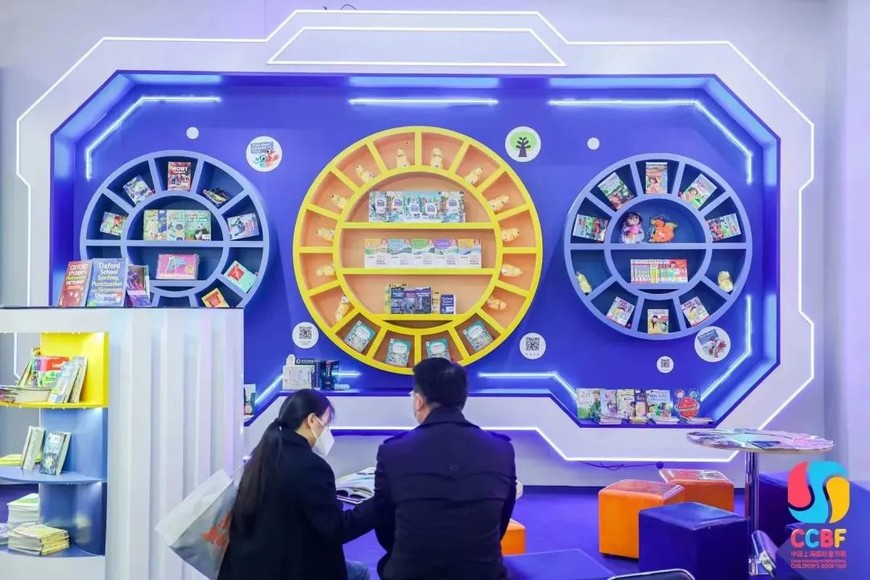 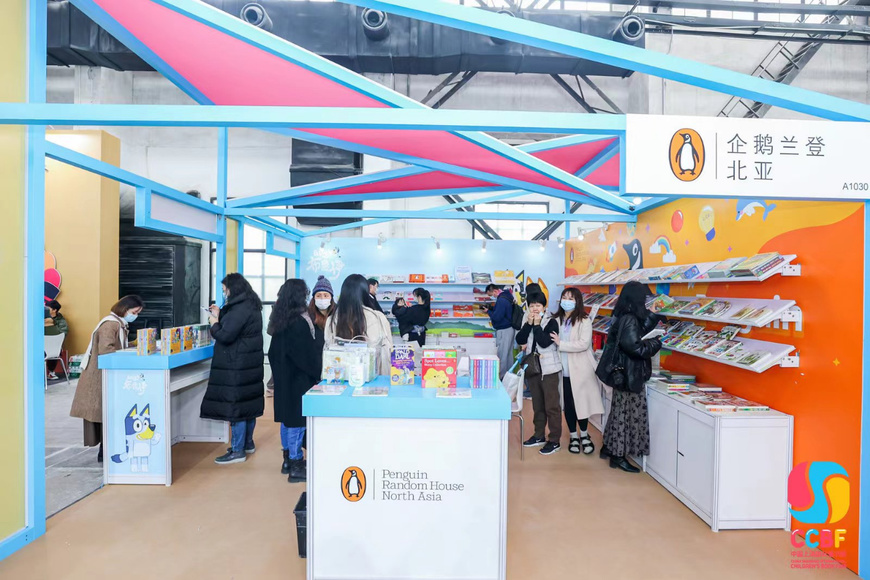 A bridge between publishers onsite and in remote, this offline showcase is complemented by an online matchmaking system open to professional visitors and all exhibitors. Visitors can browse books through the CCBF online Matchmaking system (connect.ccbookfair.com) and book online meetings with their favourite exhibitors to explore more quality children's content before 9 December 2022. 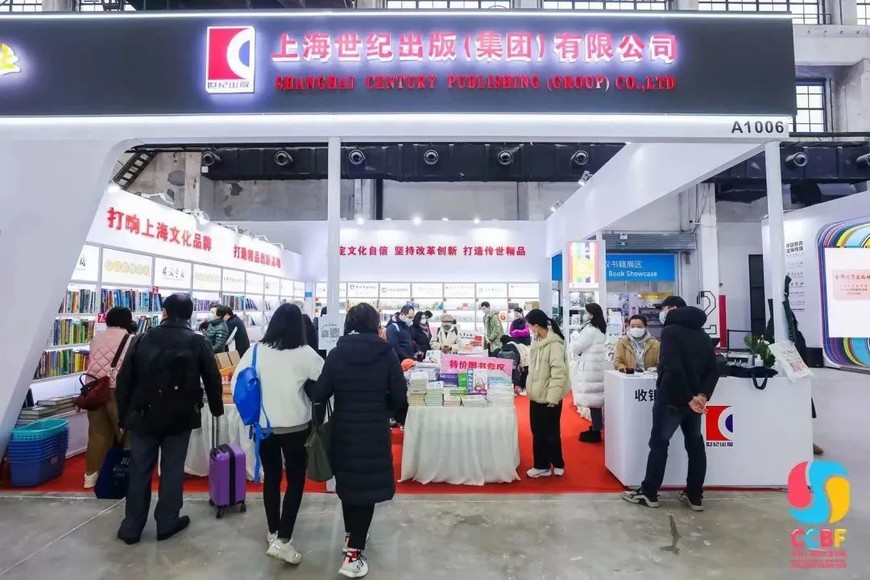 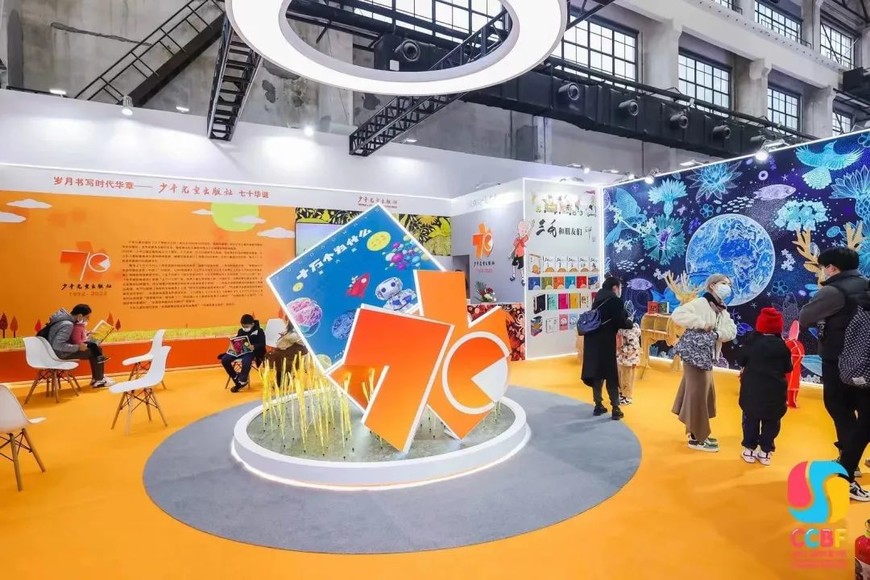 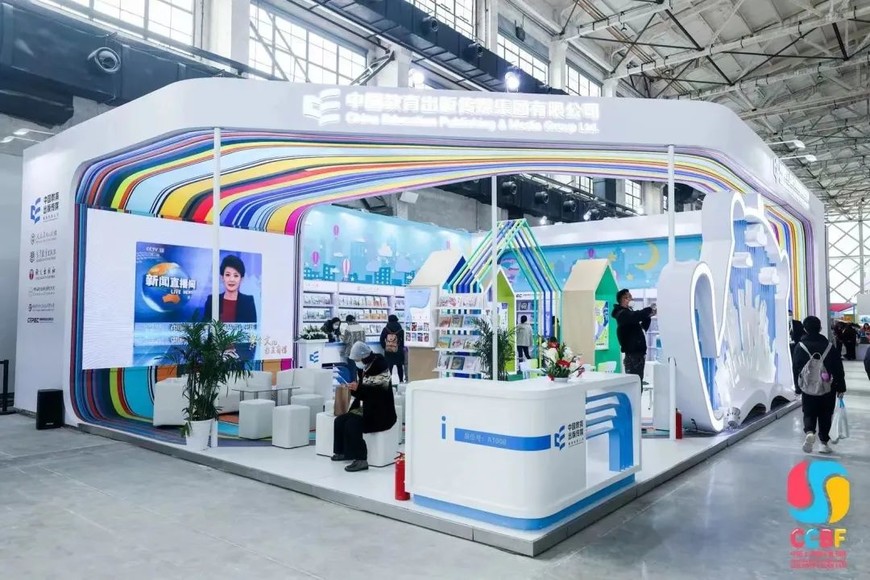 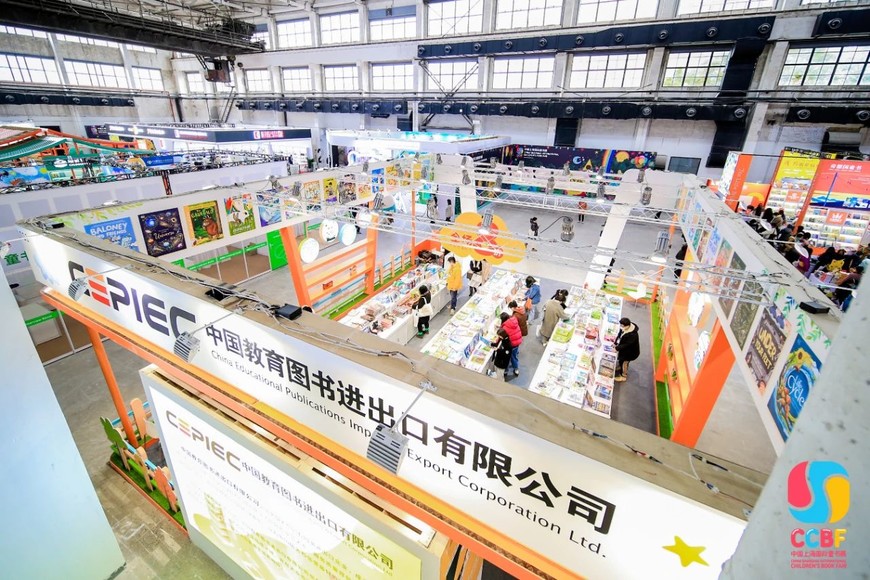 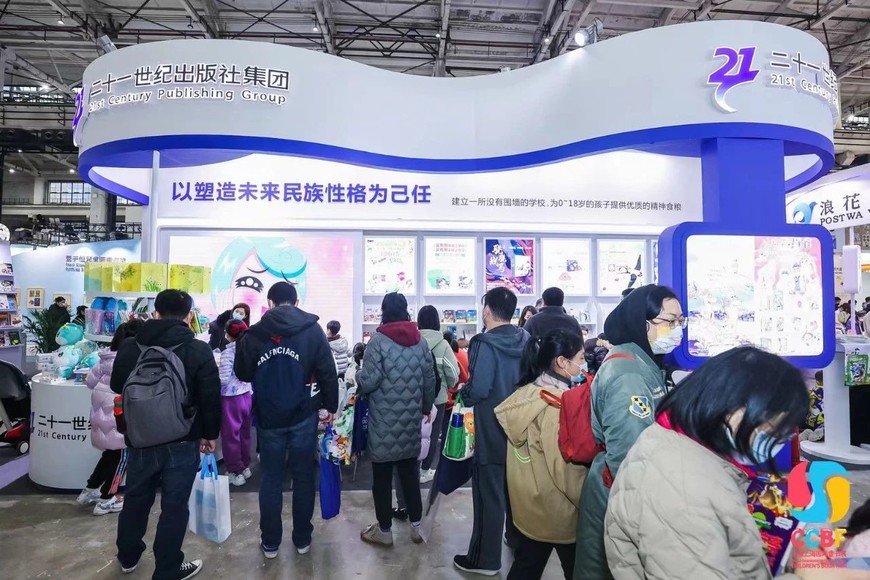 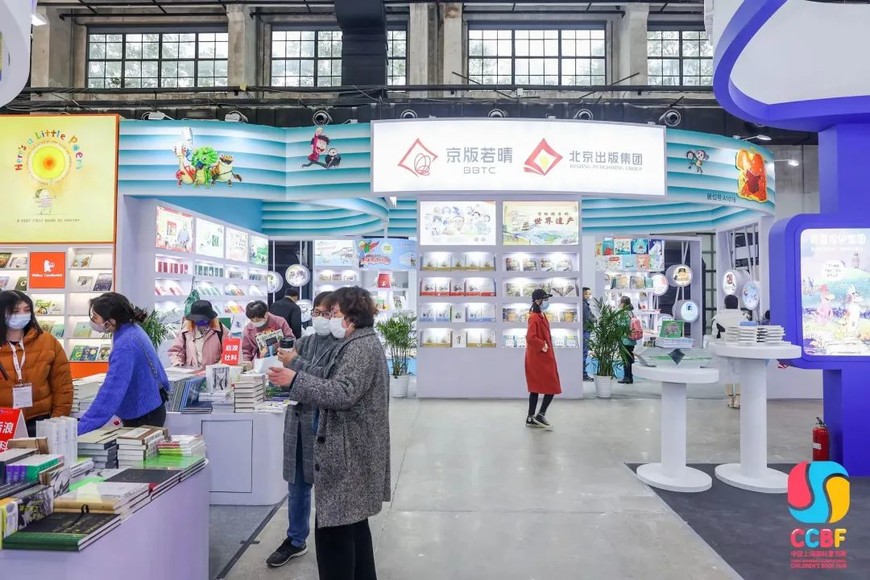 At the Fair of this year, the Juvenile & Children's Publishing House of Shanghai Century Publishing Group celebrated its 70th anniversary, showcasing its 70 years of development and bringing the new Little Camphor Original Picture Book series, and the Ancient Chinese Architecture Picture Book Series with Stories to children. Talk about China with Oxford(International Edition) created by the Oxford University Press is available for sale worldwide. The new annual book by Xiaoxiang Chinese Characters, 2023 Chinese Characters Calendar, implants the enlightenment of Chinese characters into daily life, one character a day with a picture, to understand the origin of Chinese characters. The popularized science book by East China University of Science and Technology Press, So This Is Science, has launched for the first time, covering the following four basic subjects: physics, chemistry, biology and geography. Piss Piss, Poop Poop: All About My Body by BOOKIN ICM helps children understand the science of the human body and develop good lifestyles. At CCBF, you can also meet wonderful Chinese originals: The Hunter and the Dog, an oracle illustrated book by China Welfare Institute Publishing House, showcased in a more interesting and lively way so that children could grasp the beauty of oracle characters. In addition to new and well-written books, "JOJO", a children's digital content player created and developed by Chengdu ShuSheng Technology Co., Ltd, brought a year-round graded reading program product for children aged 3 to 12 years old, which provides a combination of online interactive reading, offline physical books, and reading tutor services...... To discover joy in reading, everyone can find their favourite books in the exhibition, enjoy the happiness of "a book in hand to make friends all over the world". 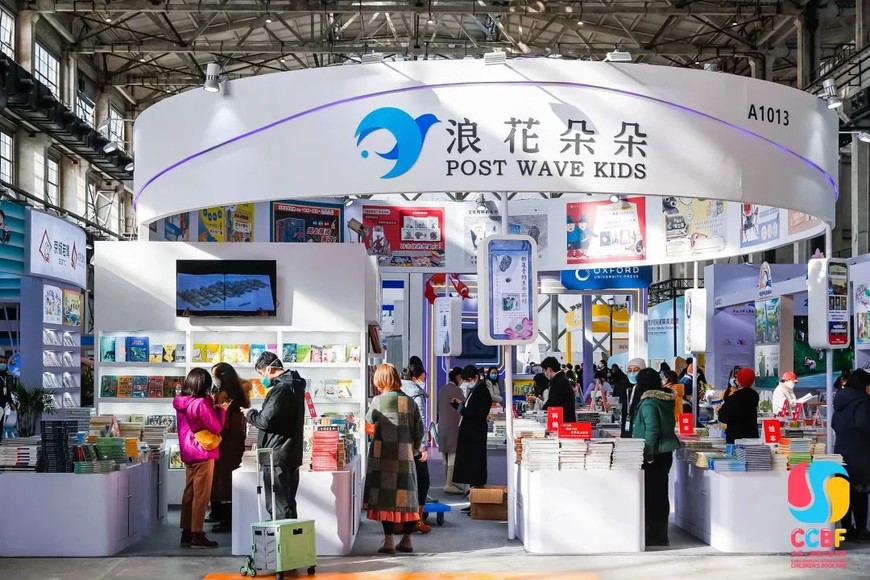 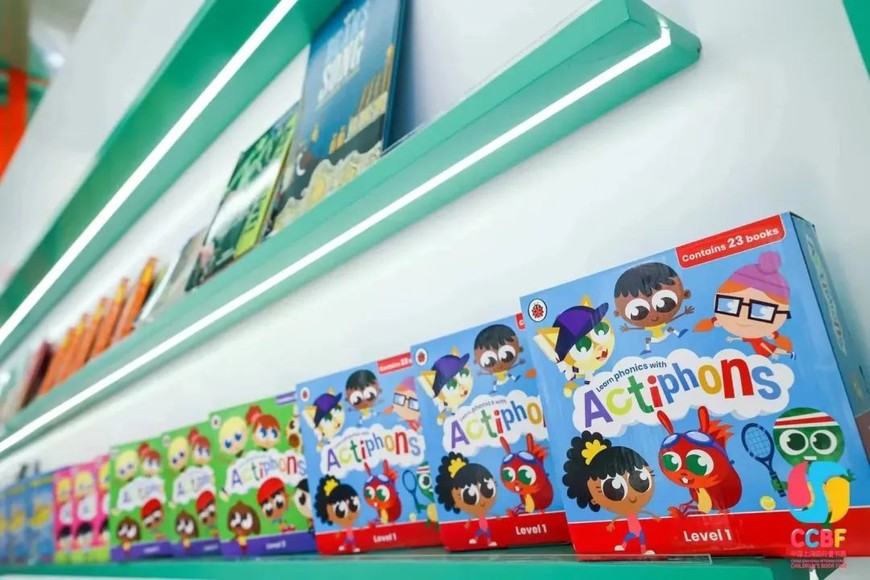 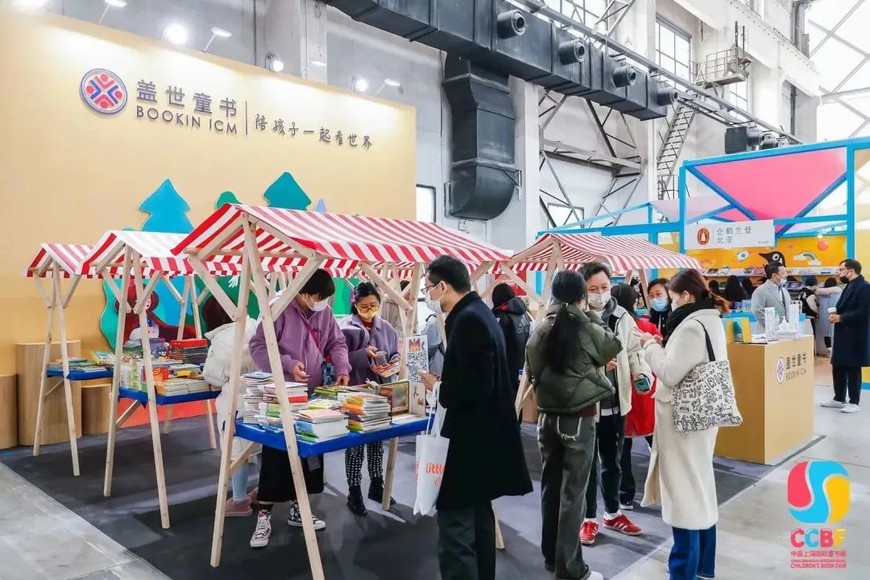 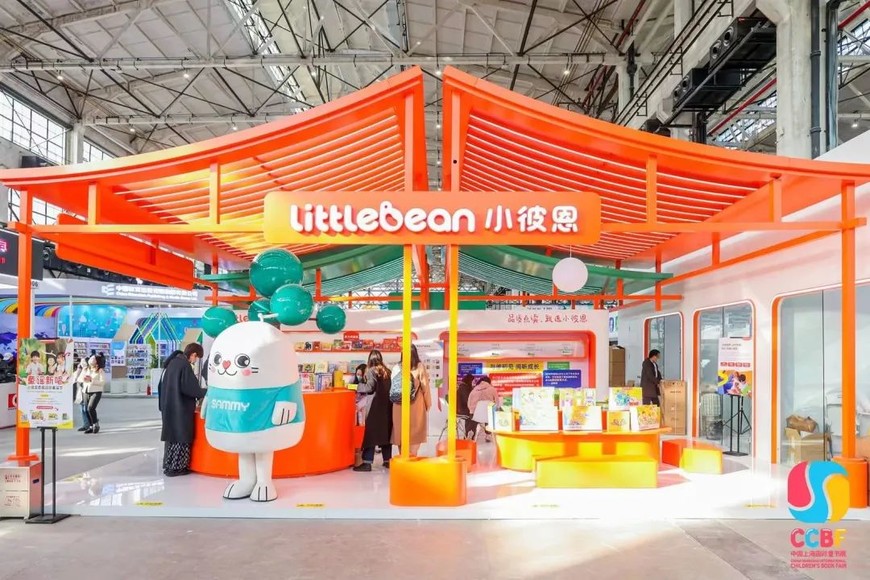 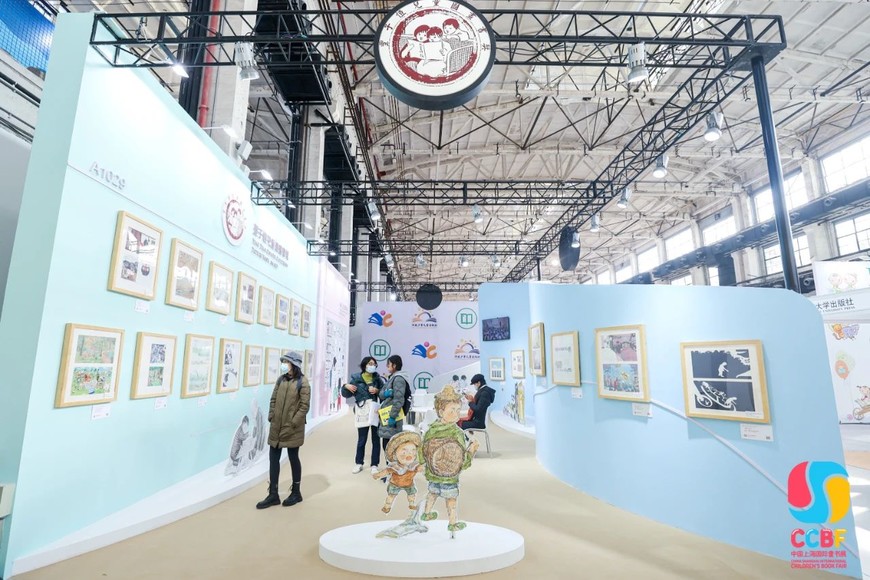 CCBF has always been committed to the development of the whole industrial chain of global children's book publishing culture. Mr. Yang Lei, Executive Vice President of OpenBook,  said on the first day of the release of the Chinese Children's Book Retail Market Analysis from January to October 2022 that the children's book market is changing from an incremental market to a stock market; short video e-commerce sales channels rose to prominence, accounting for 46.67%, higher than physical stores (12.95%), platform e-commerce (21.56%) and vertical and other e-commerce (33.67%); children's books sold on short video platforms are mainly "functional reading" and "not rich in categories". The Creative Talks by the Winner of the 2021 Astrid Lindgren Memorial Award Jean-Claude Mourlevat and winner of the Hans Christian Andersen Award Illustrator Peter Sís also held during the Fair via recorded videos.

Next to the Golden Pinwheel Young Illustrators Competition is the “Young Illustrators Avenue” which consists of 33 illustrators from around China joined this mini-fair inside the fair, where they could exhibit their books, prints and merchandising products to publishers in need for contents and to a broader audience looking to buy artworks and small gifts.

The exceptional exhibition “Children Plus” is themed “Books and Seeds” and showcased nearly 200 selected children’s books from 20 countries and territories. The aim of this exhibition is to explore the relationship between humans and nature through the perspectives of seeds and plants, seeds and ecosystems, seeds for a better life and thereby construct a harmonious ecological environment. Chinese original works, such as Spring Tea, Discovery in the Rice Field: Story of Yuan Longping, The Food in our Plates, Footprints of Time—Children’s poems of 24 Polar Terms, Dark Dried Mustard and White Rice, The King of Trees, Child of a Deer Tamer, Polar Bear Moves House, Across the Forests of Jurassic Age, and I am a Soybean Today were displayed onsite. We hope that we can inspire awareness for protecting the earth and to sow the seeds of hope for our next generation to respect nature and understand diverse lifestyles. 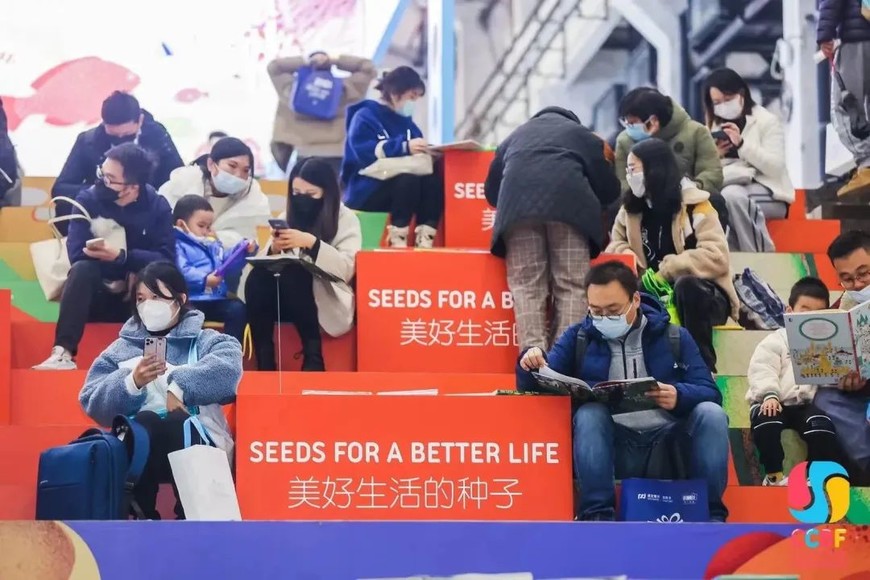 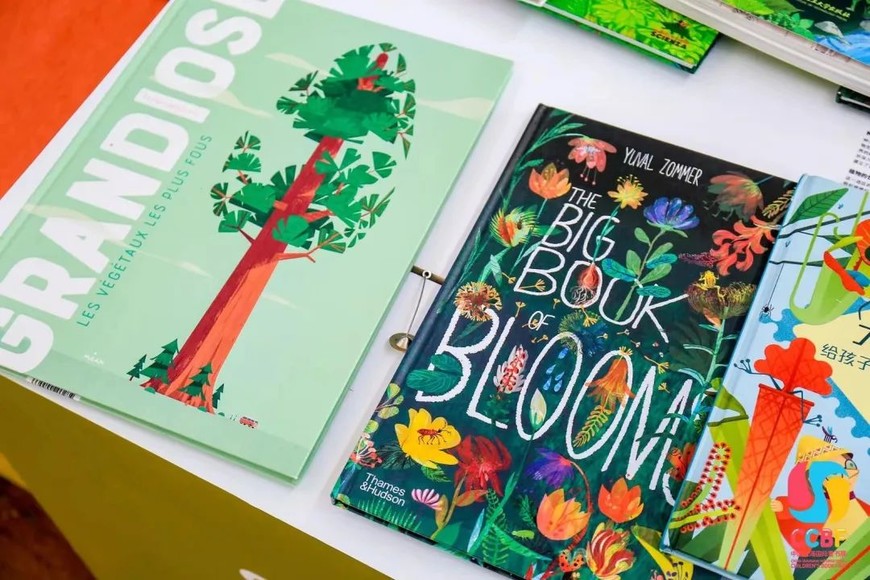 This Fair has always been committed to promoting reading and sharing the joy of reading. In addition to the exhibition and activities at the West Bund Art Centre, CCBF also joined hands with more than 20 of China's outstanding city partners in Jiangsu, Zhejiang, Shandong, Inner Mongolia, Chengdu, Hunan with the theme of "Children's Books Around China - Reading for Fun", to meet with readers in different locations of the city and instil the beauty of reading together. CCBF also made the online events streamed on local platforms such as Little Red Book, WeChat Channels, Taobao, TikTok with more than a hundred publishers, authors, illustrators, and editors to carried out diversified promotions on those major social media in the form of live streaming, walk broadcast, short video and graphics, sharing with the public the quality new books and exhibitors' activities on display at this year's fair. Audiences that weren’t able to participate in person can also get to know the excellent and new books at the fair!

Although the 2022 CCBF is a little later than previous years, children's book practitioners and enthusiasts eventually meet each other. With the spirit of “international, professional, and high-quality”, the Fair has always been a platform for international cultural exchange and cooperation, the promotion of original children's literature and children's reading. CCBF truly appreciated that you have participated this end-of-the-year children’s book festival. We look forward to seeing you next year on CCBF tenth anniversary!